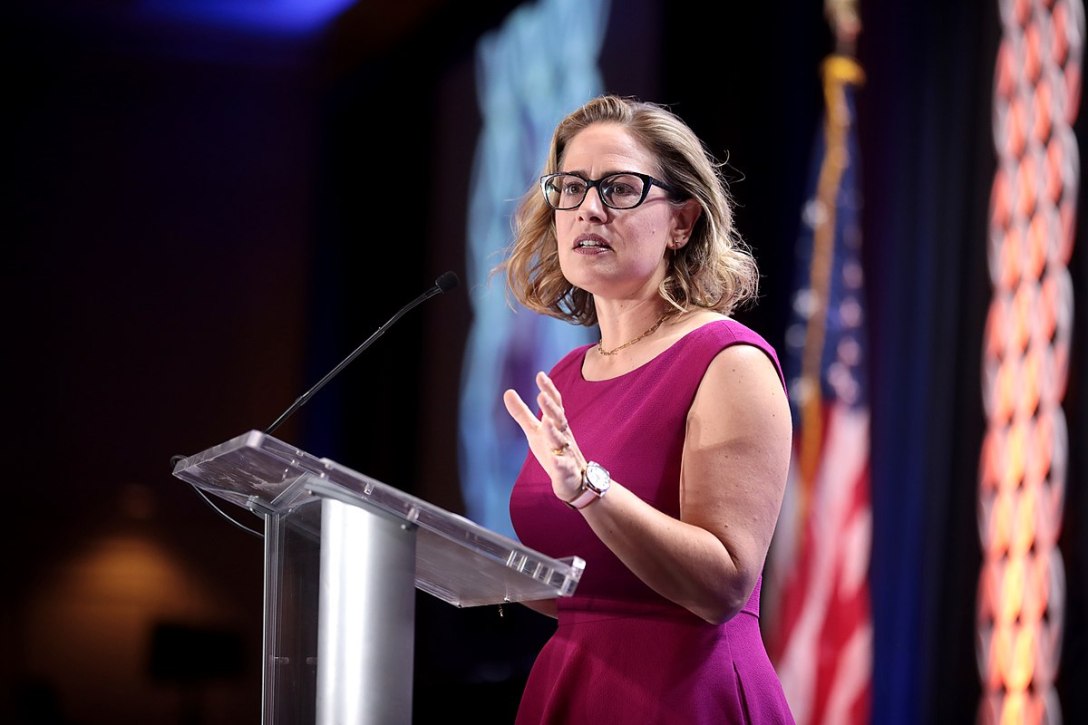 On Tuesday, I wrote about how the Georgia runoff greatly mattered even though Democrats had already secured a Constitutional Senate majority (50 senators plus the Vice President) in the next session. Among the reasons Democrats wanted to get to 51 was that a Democratic senator could die, be otherwise unable to vote, or even leave the party. Fortunately for the Democrats, Senator Raphael Warnock, as I expected, defeated Herschel Walker, and Democrats did indeed get to 51.

The result on the party, not unlike the Senator herself, is unpredictable. One scenario is that nothing actually changes all that much. There are already two other independents in the Senate — Bernie Sanders of Vermont and Angus King of Maine — but they both “caucus” with the Democrats, meaning they work closely with the party and are placed onto committees by Democratic leadership in an expectation they’ll be reliable Democratic votes. In fact, the most important vote a Congressperson takes is at the beginning of a new session when they vote on the leader of the chamber, whether it’s Speaker of the House or the Senate Majority Leader. When Sanders and King vote Democratic in this way, most recently for Senator Chuck Schumer, they signal that despite being official independents, they are “caucusing” with Democrats. (This crucial vote is yet another reason even the most progressive Democrats should be relieved that Joe Manchin is who he is.) Without Sanders and King voting that way, we wouldn’t even have had a Democratic Senate majority these last two years, because in truth there have been only 48 senators registered with the Democratic Party.

It’s a fine, often indistinguishable line, but such independents hope to signal to their voters that they aren’t beholden to a party but also pragmatic enough to know that if they don’t work within a two party system they won’t be able to get anything done for their home state. Senator Sanders has walked this fine line all the way to Senate committee chairmanships, which would not be possible for an independent without support from the Democratic leadership that places him into such a position.

Ultimately, if Sinema follows the route of Sanders and King, she’s be an independent caucusing with the Democrats, and nothing else really changes. We would still say that Democrats have 51 seats to Republicans’ 49, and Democrats would have small majorities on all Senate committees. Although she hasn’t directly stated with which party, if either, she will caucus, it seems more likely she’ll stick with the Dems. She told CNN, “When I come to work each day, it’ll be the same. . . . I’m going to still come to work and hopefully serve on the same committees I’ve been serving on and continue to work well with my colleagues [from] both political parties.” She told Politico, “I don’t anticipate that anything will change about the Senate structure.”

The more dramatic scenario is whether this move from Sinema is a precursor to caucusing with Republicans, or even just voting with them more often. If it’s the more aggressive former, we’d be back to 50-50, with even-sized committees and Vice President Kamala Harris being called in to break many Senate deadlocks. Democrats would really rather not go through that again.

In that scenario, or if she merely withholds her vote from Schumer, or even if she caucuses with Democrats but votes with Republicans about half the time, Democrats will be tempted to nominate a Democrat to run against her when the seat comes up in 2024.

This possibility, I think, explains her rationale behind this sudden move. She probably anticipated a challenge from Democrats either way. Had she remained a Democrat, she could have definitely faced a primary from a more loyal partisan (Ruben Gallego comes to mind), quite likely losing that nomination battle.

If she runs as an independent, however — one not vulnerable to a primary challenge — she’s banking on Democrats not running anyone. Because if they did, that would divide potential Democratic voters, allowing a Republican (Kari Lake, anyone?) to waltz into the Senate with a plurality, potentially swinging the balance to the GOP. Thus, counterintuitively, it’s as an independent that she might be able to ward off a challenge from a Democrat.