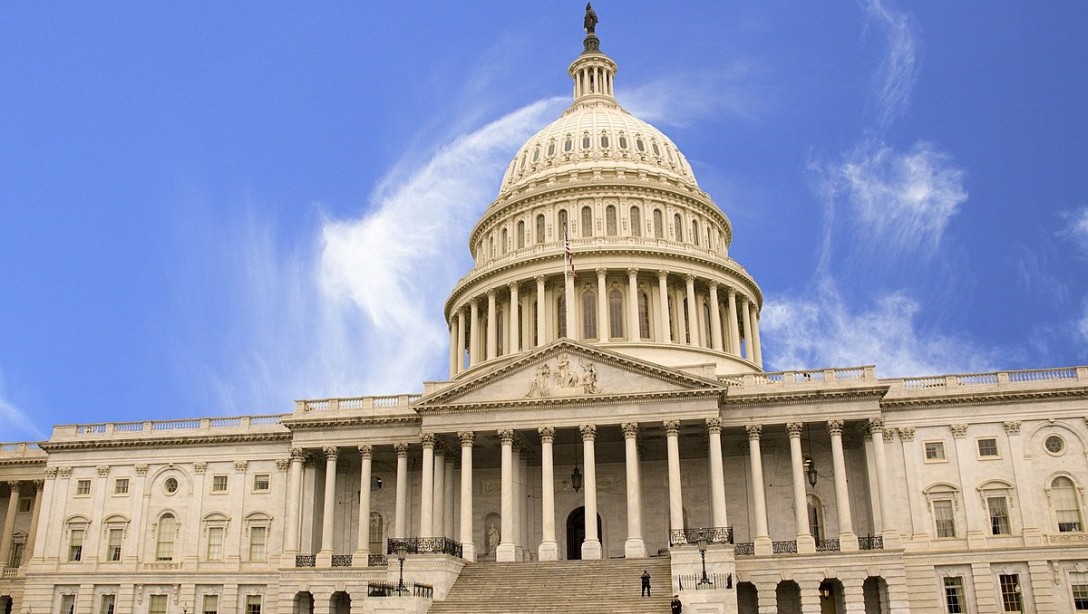 I’m back, and I can’t apologize enough for that. There might legitimately be something wrong with my brain. Do I get paid for this? No. Does it take time to write? Obviously. So why do I do it? I honestly don’t know anymore. But with an election looming, I just can’t stay away.

When we were last here, I wrote a summer preview of key statistics and primaries that midterm followers should monitor between June and September. Now that it’s October, we can use those benchmarked statistics to see what’s changed, identify any shifts, and then look ahead to the last month of the election.

Americans are again defining November 8’s midterms as the Most. Important. Ever. Depending on what partisan media you primarily consume, if the Republicans take Congress from the Democrats, either inflation will be solved and babies’ lives will be saved or traitors will ensure Donald Trump returns to the White House and uteri will be controlled by men forever. The suspense is palpable and, for some, anxiety-producing. Perhaps it’ll help to know what America’s Most Accurate Pundit thinks will happen.

Let me know if you find out who that is. In the meantime, I’ll offer my Roughly One Month Out predictions for the fate of each chamber — the House today and the Senate some time after today. (Make sure to sign up for updates to know when the Senate post drops!)

Midterms 2022: The House of Representatives

The general consensus is that the House of Representatives, once assured of a Republican takeover, might now hang in the balance. The turning point? Apparently people really care about the issue of abortion. Who knew?

Indeed, when I hurriedly analyzed the breaking news of the Dobbs v. Jackson leak back on May 3, I wondered whether “this SCOTUS decision might be the political miracle [Democrats] needed to become more competitive in the upcoming midterms.” Since Dobbs kicked the issue to our federal and state political branches, pro-choice voters have become highly incentivized to show up to Congressional and state-level elections this November.

In a strange way, the Dobbs decision, although a huge and hard-fought policy win for Republicans, has become a political nightmare. As I also noted back in May, “Roe has actually protected Republican lawmakers from taking risky abortion stances against majority opinion.” Now voters want to know just how “pro-life” these Republican officials really are, and some have had to shamelessly reposition themselves in the most awkward contortions I’ve witnessed since I went to see Cirque du Soleil.

In sum, abortion has proven a highly motivating issue. If Kansas’s referendum said to keep abortion in a state where official rolls say Democrats make up only 26% of registered voters, it’s clear these newly activated voters are a political force that Republicans need to be nervous about in November.

Still, as powerful a force as the abortion issue might be, I’m not convinced it’s stronger than gravity. Several fundamental factors still favor Republicans in this midterm election.

To be clear, it’s not as if Democrats haven’t improved their position since the spring. To illustrate, let’s look back to the pre-summer benchmarks from my last post on June 14:

Back on June 14, his numbers looked deader than the dead Congresswoman he forgot was dead. On that date, I recorded President Biden’s Real Clear Politics average approval rating at 38.9. Today, it sits at 42.6, an improvement of nearly four points. His FiveThirtyEight average has similarly risen from 39.7 to 42.3, leaving us with both major aggregators in agreement that Biden sits at about 42% in an average of polls, up from about 39. That’s undeniable progress.

But is that enough of a rise? I don’t think so.

Biden’s rise from embarrassment to mediocrity is insufficient, at least according to midterms history, as organized by Gallup:

All Biden has done is move himself from George W. Bush circa 2006 unpopular (when his party lost 30 seats in the House) to Ronald Reagan circa 1982 (when his party lost 28). Even if Biden gets to 44-46% — that is, if he somehow climbs about as much in the next month as he did in the prior three months — history shows that midterm voters are still unkind to the incumbent’s party.

The Democrats currently hold the House with 221 seats, a pad of just three on the majority. (In the 435 seat chamber, a party needs 218 seats to control the chamber.) If they lose just four from that 221, Republicans take the House. All but the two most popular presidents in the above chart lost at least four seats at a midterm, and those two presidents’ approval were in the mid-60s, a far cry from President Biden’s mid-40s.

All that said, there’s a reasonable counterargument that says Biden isn’t actually on the ballot. Some voters may well disapprove of Biden while also voting for Democrats in Congressional elections, a discernment we must allow for despite the instinctive behaviors of the typical American partisan.

So perhaps it’s our second indicator that bears more weight. . .

B) The generic ballot

Voters’ preference for which party controls Congress has also trended to the Democrats. On June 14, I benchmarked Republicans at a 3.5-point advantage according to RCP and 2.4-point advantage according to 538. Today, the GOP holds a 0.9-point lead in the RCP average while the Democrats hold a 1.3-point lead with 538. Mirroring President Biden’s approval rating, these are climbs of about three points for his Democratic Party.

A and B combined, on the surface, look great for Democrats. They’ve strengthened their position in two key statistics and appear to still have the momentum. But have they strengthened the numbers enough?

Anyone who answers that question is speculating, myself included. Still, here’s what I see in the numbers. (Just keep in mind I’m nearsighted and nearly failed all my high school math courses.)

The general rule of thumb is that for most of an election year, pollsters survey “Registered Voters,” or RVs. Some time after Labor Day, once primaries are settled and the ads ramp up (lord help me, these damn ads), they hone in on “Likely Voters,” or LVs.

This transition reflects a stronger position for whichever party is more likely to vote, which then helps us infer which party will actually win in the election. In recent history (after the great party realignment), Republicans usually look stronger in Likely Voter models, while Registered Voter models typically favor Democrats. A trend of American politics is that older and whiter voters are more reliable in midterm years than younger and minority voters, and the former is disproportionately Republican whereas the latter is disproportionately Democrat. Therefore, in big turnout elections — like presidential ones — more Register Voters turn out, which helps the Democratic Party, but in lower turnout elections — like midterms — fewer Register Voters turn out, leaving the Likely Voters with more voting power, often Republican-leaning.

That said, the Trump Era may signify a reversal, or at least the dampening, of that pattern. In the 2018 midterms, half the country turned out to vote, the highest rate for a midterm in a century. In 2020, both Biden and Trump won more votes than any candidate before them. Due to these higher turnouts, Democrats won the House in both those elections. Part of their success stems from the reversal of another midterm trend: yes, a midterm electorate is typically older and whiter, but it’s also more educated than in presidential elections, and that is a demographic that used to lean Republican but has flipped to Democrats.

Therefore, we want to see if any discrepancies can be found as we observe the shift from RVs to LVs this time around. Was 2018 an exception or the new rule?

With that mind, let’s examine the generic ballot polls assembled by Real Clear Politics over the last month, keeping an eye on potential disagreements between RV and LV models:

Notice any discrepancies? I sure do. First, note that we do again see the models shift from Registered Voters to Likely Voters as election day draws closer.

Second and more importantly, we see a stark contrast inside the shift: in the ten Register Voters polls, Democrats led nine and were tied in one, whereas in the 12 Likely Voters models, Republicans led ten, are tied in one, and trailed in the other.

This variance is either a coincidence or quite telling, and I’m thinking it’s the latter. It appears to me that Likely Voter models still prefer Republicans, and we should trust those polls as more predictive of November 8’s electorate.

All considered, I think punditry describing Democrats pulling even or nosing ahead is highly misleading.

And our third big indicator agrees. . . .

Let’s remember that the House election isn’t actually all voters going to the polls voting on all 435 House members. Control of the House is determined by 435 separate Congressional district elections. It is therefore data on those 435 races that matters most when making a prediction.

Luckily, experts out there monitor this data so hacks like me don’t have to, and my preferred expert website remains the Cook Report. Back on June 14, I found that the Report categorized the House districts as follows:

But that was back in June. Perhaps Democrats showed momentum there as well? Let’s take a look at where things stand now:

To be fair, where Democrats have improved marginally is in those leaner seats. Back on June 14, they had just 12 leaner seats, and now they have 18, an improvement of 6. (Republicans have remained at 11 in that category.) It’s better than nothing, but not much better. Even if we give them those six seats (and also Republican their two new likelies and 11 leaners), Democrats still need to win about 70% of remaining contests despite the history — the gravity — that works against the incumbent president’s party.

Finally, if I set aside the calculator and put on my oversized pundit hat, I don’t think the last month will be good to the Democrats. By now, it’s safe to say that voters activated by Dobbs already shows up in the polling. In other words, that momentum has flattened and may even peter. Instead, the economy moves back to front and center, and it’s the economy that will play the biggest role for still undecided voters.

The falling month-over-month inflation numbers from summer — a development that certainly played a role in Biden and Democrats’ improving numbers — may have been premature. The latest inflation numbers showed that core inflation — that is, the cost of goods and services separated from energy prices, like the falling gas prices we’ve seen — rose again. The Federal Reserve has responded with more aggressive interest rate hikes, which will cool the economy to tamp down inflation. Each of these developments are more likely to hurt the Democrats’ position than help it.

Abortion is unquestionably salient, but I don’t think we’re out of the “It’s the Economy, Stupid” era of electoral politics. The Democrats get one more monthly inflation number (released on October 13) before the election. If it doesn’t show inflation improvement, that will doom their chances to hold on to the House. Voters will prioritize the reduction of their rising expenses, and as a result we’ll see the nation push back against those in power by handing the House of Representatives back to the Republican Party.

Of course, Senate elections play by different rules. Rather than a litmus test of the entire nation, as House elections more or less provide, Senate elections come down to state-specific factors. With my next post, I’ll break that down for you and have my Senate prediction.

Sorry again for all this.

Today’s featured image of the Capitol building is courtesy of David Maiolo from Wikimedia Commons, although I did crop out a lonely person on a Segway who may have mixed up the date of the January 6 insurrection.