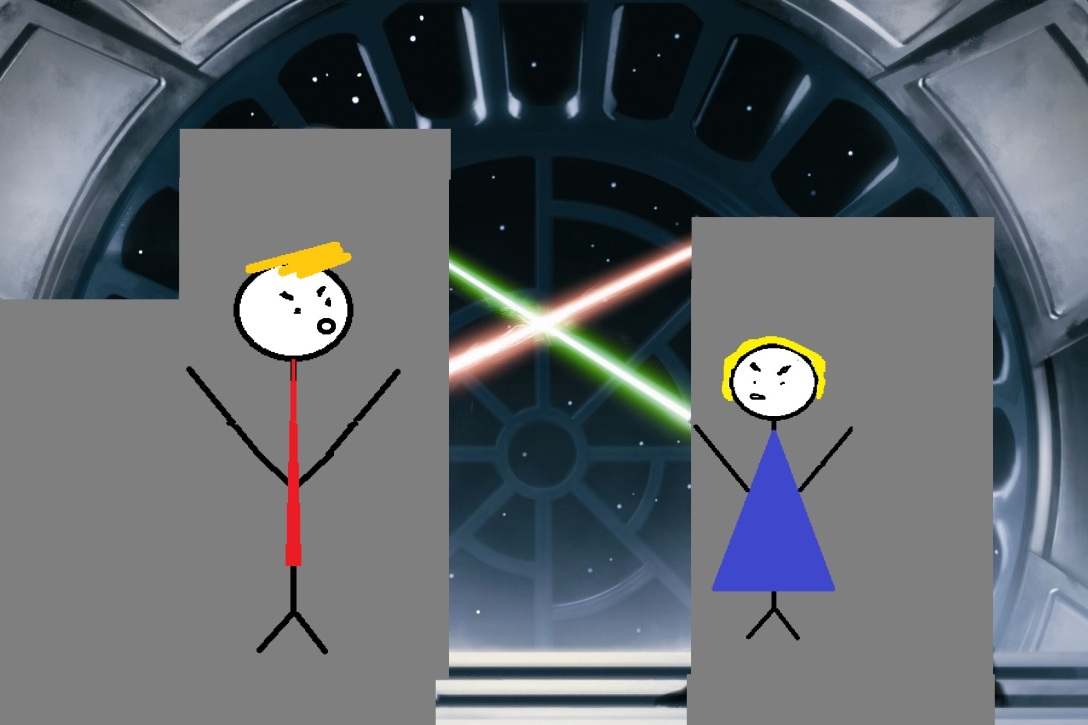 We had “A New Hope.” We had “The Dempire Strikes Back.” Now it’s time to finish the trilogy with “Return of the Red Eyes,” a thinly veiled complaint about how it’s increasingly hard for an east coast high school teacher like me to stay up for these brutally late debates, which date back to August of last year. (Speaking of being a high school teacher, please forgive the near week of not posting; fatherhood, 50 essays, 50 writing-intensive tests, and a dozen or so recommendation letters take precedence over one’s hobby.) But with under three weeks until the election, onward I march for as long as I can stumble forward.

As implied by my third (and almost certainly final, you’ll be relieved to know) Star Wars crawl, I’m not as confident about Hillary Clinton’s assured victory as conventional wisdom is. She’s surely the favorite, but not to the tune of 87 to 92 percent, as some would have you believe. Dating back to last decade and reflected again this primary and general election, she’s at her most vulnerable when things are going well.

Meanwhile, Donald Trump is extremely dangerous with his back against the wall. Being so far down in national polling means any bit of momentum can easily be converted into a comeback narrative, especially by a media that will A) look for ways to shed its biased label and B) benefit from a closer race down the stretch. That burst of momentum can come from a variety of places: undecided GOP voters finally coming home to their party’s nominee (only 80 percent currently support him, according to a Fox News poll); a return to a comparatively principled campaign like the kind that saw him close the gap in late September; a Wikileaks bomb of atomic proportions; or a successful Trump Hail Mary, a heave he’s clearly willing to attempt. Combined, these scenarios give him better than the one-in-ten chance at which some other sites fancy him. He’s a wounded animal. Approach with caution.

A Trump comeback can start with tonight’s debate. It’s hard to believe that this debate can be as anticipated as the first one, which was their first melee, and their second, which happened at the height of Tapegate. But it is.

In one sense, it’s a rubber match that can settle the score between Clinton’s dominant first debate and Trump’s successful rattling of Clinton’s cage in the second. Both sides will surely claim victory tonight in an effort to win the series, but undecided voters will be the true judges.

I’m also looking forward to the Chris Wallace factor. Tonight’s moderator is perhaps Fox News’s most respected anchor. As a stalwart ambassador of conservative media, it will be difficult for Republicans to spin a Clinton debate victory as the machinations of a liberal media conspiracy. At the height of Trump’s alarming charges of a rigged electoral process (as if he couldn’t possibly lose fairly with the campaign he’s run) (and as if elections run by local citizens are controlled by a federal mastermind, including in states with Republican governors) (and no, he doesn’t just mean the media is rigged, but actual polling places) (why? Because the party has nominated a conspiracy theorist who makes Oliver Stone look rational), a strong Clinton performance with a Fox News moderator could effectively push back against such rhetoric.

At the same time, Clinton can expect to face long overdue moderator scrutiny on her emails, the Clinton Foundation, and the bevy of controversial revelations from the daily Wikileaks dumps. She’ll need every last bit of Clintonian obfuscation to come out unscathed. If she wore a collar tonight, we would see her frequently tug at it.

Finally, the last debate is must-watch television because if either candidate had a card they were waiting to play until it could do the most damage, tonight is the night to play it. There is no fourth debate. There are no more chances to speak to 50 million viewers in the hopes of skewering one’s opponent, and there are no more opportunities to make up for the last debate performance. This is it. Our last impression.

Indeed, we will probably never again see these two people together. It’s our last chance to observe them side by side. So let’s do it. One last time before the 2016 election, let’s resist our heavy eyelids and the sore, red eyes they want to protect from seeing any more of the scariest reality show ever. May the force be with us all.

6 thoughts on “Debate 3: The Return of the Red Eyes”