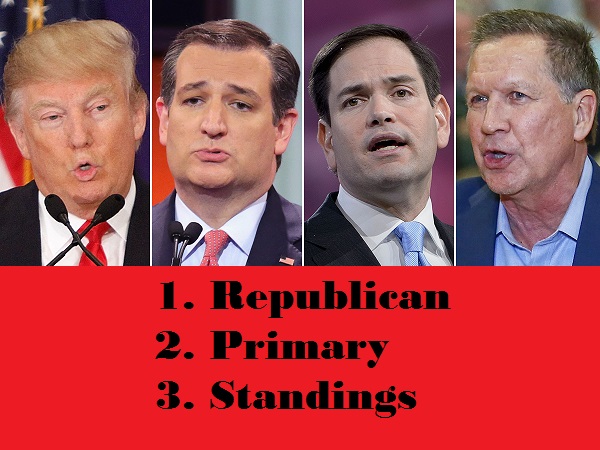 Ahead of Tuesday’s delicious main course — six contests, including two winner-take-all states and nearly 400 delegates — yesterday teased us with h’ordeuvres to whet our appetite. I don’t just mean that we had three contests throw us a bone with some primary results to pass the time. I mean that yesterday offered us a taste of what it feels like when the Trump Campaign needs to start stressing about delegate math to avoid a contested convention, which I’m hoping will be the case after Tuesday. Yummy!

Yesterday were the Washington DC, Wyoming, and Guam caucuses, and they all, to varying degrees, made it just a bit harder for Donald Trump to become the Republican nominee. Marco Rubio won DC with John Kasich at a close second. Ted Cruz won Wyoming going away with Rubio in second. That’s two third-place finishes for Donald Trump. Guam did something, too, though I’m not entirely sure what, and Cruz came away with the only allocated delegate.

Here are the voting and delegate results of DC:

And in Wyoming (through county conventions; 14 more to be allocated next month at the state convention):

With these minor but positive developments, let’s take a look at the latest Republican Primary Standings. Like I did yesterday with my Florida post, I’ll put the percentage of total delegates won thus far next to each candidate. Numbers are from Fox News, which has allocated 1,071 of the 2,472 total delegates:

Trump and Cruz’s percentages fell a bit yesterday (Trump’s fell a whole percent!) while Rubio and Kasich both climbed (thanks to having such low percentages in the first place). These were positive developments in our quest for a contested convention. Below is a side-by-side comparison with yesterday morning’s calculations of the amount and percent of remaining delegates needed to get to the 1,237 needed to avoid a contested convention:

Everyone’s percentages climbed, and Trump’s climbed the most. That’s a good day.

It’s also a most welcome appetizer. Over the next two days, I’ll preview the “Ides of March” feast for both parties. See you then.