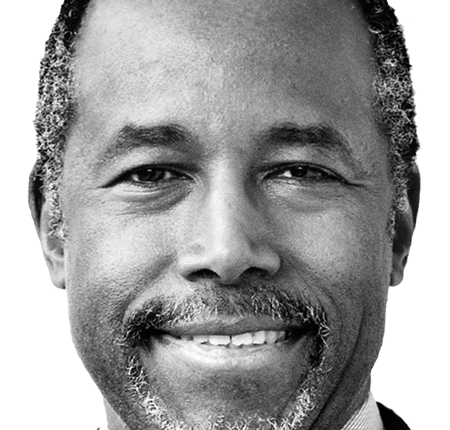 This is what it’s come to. Years (decades? centuries?) of being let down by our politicians has brought us to the 2016 Republican Primary. No matter his inexperience, no matter the scrutiny from the media, no matter the incredulous onlookers — indeed, perhaps because of those things — Ben Carson is the hottest candidate in the field. What gives?

Carson’s surge had left me particularly perplexed. Trump almost made sense: enormous name recognition, built-in rock star status, a huge celebrity even before he declared his candidacy, and a vocal critic of U.S. immigration policy, an issue about which many Republicans felt strongly. Sure, that can work.

Carson’s popularity, however, leaves me scratching my head. Let’s unpack a couple of his recent quotes which simultaneously explain his popularity and hurt his credibility. Quote #1:

“It is important to remember that amateurs built the Ark and it was the professionals that built the Titanic.”

That kind of line makes his two bases — evangelicals and antiestablishmentarians — fawn, swoon, and whip out their checkbooks. Nevertheless, the comment is absurd. Not only can it be attacked from many angles (I’d like to see the Ark survive an iceberg; why do we ignore the thousands of professionally built ships that haven’t sunk?; does Carson do all his travels in cars and planes built by amateurs because it’s safer?; doesn’t God, who gave Noah the specifications, qualify as a “professional”?), but what most bothers me is his celebration of being an amateur who might be tasked with enormous responsibility. Instead of acknowledging that his transition to president would be more difficult than the transitions of those with government experience, he’s saying because he lacks experience he’ll do the best job. it’s a total inversion of logic. We wouldn’t want our lawyer to not have a law degree or our plumber or electrician to never have fixed a faucet or outlet. (Does one “fix” an outlet? I honestly have no idea. I’m a history teacher and political blogger.)

Of course, the analogy that leaps out is: we wouldn’t want someone who was never a doctor to perform surgery on our brain. Carson anticipated such a counterargument. Here’s Quote #2:

Even if he’s right, that’s far from the point. Let’s say we have a single left-right spectrum that ranks the complexity of all tasks. It’s an absurd notion, but Carson implies one exists. It might look something like this (click to zoom):

Just because you can do any one of these tasks does not mean you can do everything to the left of that task. It doesn’t work that way. Instead, we can get really good at one of these activities while ignoring the rest. In fact, most of us do that, right? We pick a career, learn about it, then do it, while hopefully continuing to learn about it. We can dabble in other areas, but we’re usually far from competent.

He’s a brilliant neurosurgeon, which requires colossal intelligence. I get that. But it doesn’t take Howard Gardner to tell us that there are lots of different kinds of intelligence. Carson tells us neurosurgery is a lot more difficult than being a politician. He may be right, but that’s not the point. They’re totally different tasks. They require different education, experience, and skill sets. In fact, I can think of few skills that even cross over between the two. Delivering bad news? Different Intelligences are not totally dissimilar to physical abilities. Scaling Mount Everest is more difficult than hitting a major league pitcher, but Edmund Hillary would have an impossible time hitting a double off Sandy Koufax.

And it’s not like he’s just talking about a local town official when he says “politician.” He’s talking about an official who has more on his (or her) plate each day than a neurosurgeon has in a career. Experience in government, law, politics, and/or managing a vast military would be enormously beneficial life experiences to ease the transition to the presidency. Carson has none of those experiences, yet these quotes suggest that this utter lack of applicable experience is the very reason why we should support him. It’s madness.

To his credit as a fledgling politician, he has positioned himself as nearly impervious to criticism, and there has been plenty of that. Despite his medical experience, he’s been called surprisingly anti-science when it comes to evolution, the history of the universe and earth, and bunched up vaccines. He’s been called strikingly ignorant of historical issues, like the purpose of the pyramids (Carson’s theory: grain storage thanks to Joseph, he of the dreamcoat) or how the founding fathers had no political experience (most of them did). Politico just reminded us of some bizarre assertions, like Obamacare being the worst thing in America since slavery, how armed Jews wouldn’t have faced the Holocaust, and how allowing gay marriage is a step on the slippery slope toward legalizing bestiality.  Most recently, the media has called into question much of his personal narrative. Even the resolutely objective Presidential Politics for America has hammered him on his wandering debate responses that reflect not being nearly as read up on the issues as he would have us believe.

But every attack from the media makes his supporters love him even more. He feeds on it. Any negative story that comes his way he now blames on the “secular progressive movement.” It’s the perfect deflection. Nice descriptions of him are truths. Critical ones are lies. His campaign currently sits behind an impregnable fortress.

This is what it’s come to.